Why bother with E-Checks? 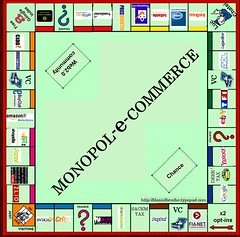 I recently tried to buy The Entrepreneur´s Guide to Customer Development for Tech Startups and was alarmed to learn that the payment method I used (PayPal) uses an e-Check system by default.  My PayPal account is tied to a regular bank account and everything comes out of that.   Now apparantly I must wait for my check to clear, which won’t be until Friday.  I can’t believe I have to wait till Friday to get a PDF download! I did not see any notice of this on their site, and they did not take credit cards on the site where I bought the pdf.

I don’t begrudge them outsourcing their payment system, taking credit cards is a hard setup with many upfront costs.  However a notice that they will not send me the pdf for a few days would be quite nice, as would the option to cancel my order so I could just download the thing from Amazon.

How has the technology come to this?  Perhaps PayPal has changed their system around, but I have bought many, many things with my linked PayPal account and this has never happened before. photo © 2009 Jac Culler | more info (via: Wylio)I recently thought of an online profiling service for sales people and business development people.  To use the service, a client enters the FaceBook Profile URL/Name/Email/Twitter/Blog Account/LinkedIn profile of a sales prospect into the service.  The service then spiders that person’s user-generated online content and draw psychological profiles based on word choice, photo to word density, passive vs active sentence use, number of adverbs per sentence, sentence length, and so on.

Once the service finished gathering the data the client would proceed with their sales and development duties as normal, while taking notes and measuring their success so the service could create and refine the algorithm.  Do people who write in the passive voice decide faster than those who write in the active voice?  If you post a lot of photos do you reject everything at first, but then comply with further requests?  Do people who have long LinkedIn profiles like new products, or an established products?

The service would aggregate the data to draw useful information, and I’m sure people would object on privacy grounds, but this service would improve the sales profiling and qualification process.  After all, user-generated content was generated by the user, so there must be some useful data to be gathered from it.

Thoughts anyone?  I might work this idea into Stronico at some point, but not in the next year or more.  I would use this service now if I could. photo © 2008 Alec Vuijlsteke | more info (via: Wylio)I recently came across this post about the phenomenon of Life Coaching and I’m in the rare case of disagreeing with the specifics while agreeing with the general theory.  The book in question, Your Brain at Work: Strategies for Overcoming Distraction, Regaining Focus, and Working Smarter All Day Long

by David Rock I have actually read and find to be well sourced, valid and useful.

That being said, I would recommend a sixth tell tale sign that the speaker just wants your money or attention, to wit the use of the Apple MacIntosh as an illustration of their theory.  I’ve heard this a couple of times, usually as it relates to the importance of focus, design, R&D, Marketing, knowing your customer etc.  Far too many companies are successful with the opposite of all of those attributes but they never get mentioned by the speaker.

Addendum: On the whole I favor coaching in general, self-awareness is essential to success and coaches usually provide that.   It is the systems that are suspect. With all of the recent political news stories I thought it would be useful to filter out the wheat from the chaff, and what better way to do that than by introducing new tags to refine the semantics of the news?   Surely these are as important as H1, Strong and EM tags for news stories.

I propose that all news stories use the following tags:

For example, the following paragraph

The unemployment rate hit 9.3 last month as factories laid off 40,000 workers.   This news is expected to hurt incumbents in the mid term elections.   Economist Rollo Tomasi of the University of North Dakota predicted that unemployment would stabilize at 9.4% before falling to 7.2 next year.  He also said that weak seasonal demand is to blame for the slump.

There is only one bit of real news (defined as an event)  in the above paragraph, namely that factories laid off 40,000 workers last month.  Here is how the story would actually look if it were properly marked up with the new tags

<conceptual>The unemployment rate hit 9.3 last month</conceptual> <factual>as factories laid off 40,000 workers</factual>.   <ImplicitPrediction><ImplicitAnalysis>This news is expected to hurt incumbents in the mid term elections.</ImplicitAnalysis></ImplicitPrediction>   <ExpertPrediction>Economist Rollo Tomasi of the University of North Dakota predicted that unemployment would stabilize at 9.4% before falling to 7.2 next year.</ExpertPrediction>  <ExpertSpeculation>He also said that weak seasonal demand is to blame for the slump.</ExpertSpeculation>

With these tags we could filter out all of the non-news (predictions, speculations, analysis) or fine tune the level of detail to our heart’s desire.

What tags have I missed?  Thoughts anyone?  Please leave feedback in the comments below.

I just added a toll free number with VoiceNDo.com

Stronico has reached the big time in a way by adding the toll free number of (888) 491-3066 with the help of VoiceNDo.com.  So far I’m pretty impressed with the service.  VoiceNDo is a bootstrapped startup, just like us, with a great price on a needed service.  The administrative and signup process was simple and direct.

My intention with this is not to spend more time talking on the phone, but a way of offering credibility to Stronico, as well as offering another avenue for people to reach us.