An argument for .Net in startups – to wit, avoiding groupthink 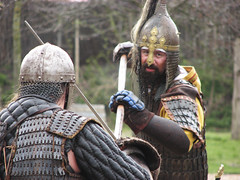 I recently read Why Startups Could Use .NET, But Don’t and the original CEO Friday: Why we don’t hire .NET programmers post from Expensify.  For a quick summary

(Granted, I am biased as a .net developer.)

From which I drew the conclusion: The technology is, if anything, better, but the non .Net people are more similar to risk-taking startup CEO types, so they fit into the startup culture much better.

Now that I think about it, that seems to be an argument FOR startups developing on the .Net platform.  The risk taking CEO is a given, if you also bring in like-minded developers then the startup will have more group think, and consequently make poorer decisions than a more diverse mix of personalities.

Now that I read this again, this is an empirical question – What proportion of .Net based startups reach profitability vs the non .Net startups?  Do(es) the data exist anywhere?

This entry was posted on Tuesday, May 17th, 2011 at 5:52 pmand is filed under Microsoft . You can follow any comments to this entry through the RSS 2.0 feed. You can leave a comment, or trackback from your own site.

One response to “An argument for .Net in startups – to wit, avoiding groupthink”