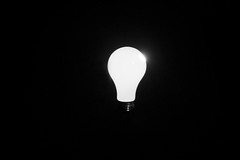 Lately my reading has been about cognitive biases in decision making and I had the thought that most good advice tells you what you already know, just in a form shorn  of anchoring effects, survivorship bias, and so on.  Sometimes it’s easier to remove the mote in thy neighbor’s eye than the beam in your own.

That got me to thinking – why not have a service that specializes in telling you what you already know, (but since they are not directly affected) but shorn of cognitive bias.   There is no way that the judge could have requisite technical knowledge, but they could improve decision making and speed the process along. I envision it working similar to Net-Arb.

Some examples on how this has worked in the past:

I needed to get another server for Stronico, but adding another one seems expensive at my current host.  A friend reminded me that previous prices are irrelevant to any decisions, and had me actually do a proper Cost-Benefit analysis.  Did I already know that?  yes, I did, but I was stuck on the price and deluded myself into thinking it mattered more than it did.

Another example: I was previously in an early stage venture with two people and a bad partnership agreement.  We estimated that we would each need to put 1000 into the project before it was viable.  I agreed to the contract with misgivings (they were in a situation where they could not do quality work, much to their protestations to the contrary) and soon found myself in the business equivalent of a loveless marriage.  I was determined to slog through it – things might turn around, and I had put 100 hours into the venture at that point, compared to 30 hours for each of the other partners.  If I backed out of the project I would be cheating myself.  A different friend pointed there was no way to get those hours back, and the true cost of continuing was NOT 900 hours spent on an iffy venture, it was whatever else I could build in 900 hours, which turned out to be a lot of things.

Those are two examples of a friend being in the right place at the right time to help me through some of my cognitive biases.  It would be very handy (and worth paying for) it I had someone like that available in some form 24-7.

This entry was posted on Tuesday, August 10th, 2010 at 11:08 amand is filed under Biz, Free Ideas . You can follow any comments to this entry through the RSS 2.0 feed. You can leave a comment, or trackback from your own site.