How I engineer my life for maximum productivity 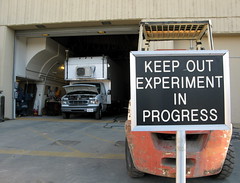 So far 2010 has been the year of gradual improvements in life, health and productivity.  I made most of these changes based on what I learned in Brain Rules.  Here is a snapshot of my changes so far:

So far the results impress me.  I work slightly less, but I produce more per hour and I feel less stress or anxiety than I did before I started.

What should I try next?  I still consume legendary amounts of caffeine, and my desk and office are far too messy, but what else besides that?

This entry was posted on Monday, May 10th, 2010 at 1:52 pmand is filed under Biz, Productivity, theory . You can follow any comments to this entry through the RSS 2.0 feed. You can leave a comment, or trackback from your own site.

2 responses to “How I engineer my life for maximum productivity”