The Kill Shot and Project Management 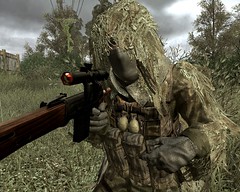 What is a preventable cause of scope creep?  Anxiety.  Anxiety attacks project managers at the end of projects, making some or all of the following happen:

Then months pass as developers work on the project and the underlying conditions and assumptions about both the problem and the solution become less relevant and true.   Eventually the client sees the specific solution to his (at this point) vague problem.  When the specific meets the vague anxiety occurs and everyone panics.   Since web projects are easy to delay the client will relieve anxiety with meetings and modifications.

My solution is to define a “Kill Shot”.  A Kill Shot is a specific, obvious to all, expensive to reverse) event in the project that the client will perform.  I’ve used server upgrades, domain name changes, and scheduled press releases as kill shots.  The specific event doesn’t matter – the important part is that the client is actively doing something specific and not just passively reviewing.   Kill shots keep the client focused throughout the project and keeps the anxiety level low.

FYI – I chose the term “Kill Shot” after watching a History Channel documentary on snipers.  For better or for worse, the job of the sniper has a definite, obvious point that cannot be reversed.

This entry was posted on Monday, April 19th, 2010 at 5:29 pmand is filed under Biz, Productivity . You can follow any comments to this entry through the RSS 2.0 feed. You can leave a comment, or trackback from your own site.