The civil war between designers and developers shifts to developers 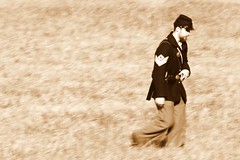 I’ve long viewed web development as a shifting balance of power between graphic designers and software developers.   A rough timeline would go something like this

I haven’t had much time to research Html 5, but I’m impressed so far.  It’s not a sea change from anything that exists now, but Html 5 is an impressive refinement of existing technology.

This entry was posted on Tuesday, April 27th, 2010 at 8:27 pmand is filed under Biz, Software Development . You can follow any comments to this entry through the RSS 2.0 feed. You can leave a comment, or trackback from your own site.