Non-Disclosure Agreements are the Kiss of Death 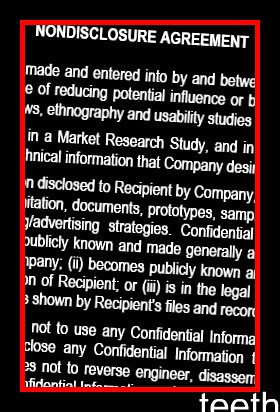 “Before I tell you about it you have to sign this!” is what they all say.  The idea will be written out over five pages, usually in the passive voice, with as many adjectives and adverbs as possible.  By the time you finish reading the document the concept will be fuzzier than when you started reading the document.

The idea they present probably is easy to steal, and also not worth stealing.  If the idea is easy to steal (i.e. such as “Let’s come up with something that makes it hard to pirate software” or “let’s make a website that runs a business by work flow stages” then it is so general that the idea proponent doesn’t have a clue about the problem that the new idea is supposed to solve.  If the product is specific, then it is generally pointless to copy it, as the person with the idea will always be able to do it better.  People with refined concepts have confidence in their ideas, and generally don’t ask you to sign anything.

Instead NDAs are a way for the NDA pr0ponent to feel good about himself, indeed, proof that his idea is for real.  It’s easier to have expensive documents drawn up than to refine an idea that might turn into nothing when you think it through.  So think carefully before signing one.  Not that the NDA will make any difference, but anyone who asks you to sign the NDA has probably not refined the idea, and you will be wasting your time.  If all they have is the idea they don’t know anything about the industry (whichever industry that is).  If you do sign and NDA, do it just to be nice to the person asking you.

And please note, I am not talking about situations where trade secrets (the formula for Coca Cola for example) are at stake, just new business ideas.

Derek Sivers has an excellent blog post related to this one:Ideas are just a multiplier of execution .

An NDA is not the same as a work for hire agreement, or a non-compete agreement.  Both of those contracts have value.  Read them very, very carefully.

I am not a lawyer, this is not legal advice

This entry was posted on Friday, January 29th, 2010 at 5:30 amand is filed under Biz, Sentiment, Software Development . You can follow any comments to this entry through the RSS 2.0 feed. You can leave a comment, or trackback from your own site.