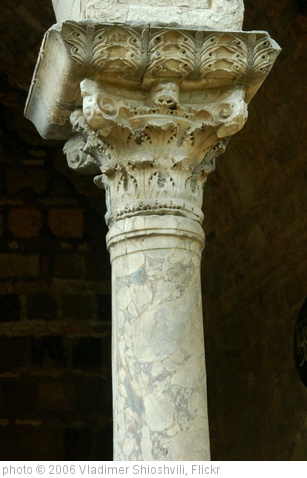 I have been remiss in welcoming Southern Crafted Candles to the internet world.  I completed the site in December, just in time for the Christmas shopping season.  Handmade in Athens Georgia, these candles pack a powerful pop, and are a needed counterpart to the established and decayed empire of Yankee Candle.

We built the site in WordPress, using an existing template.  WordPress came through for us again.  One of the downsides of a smooth-running project is that the operation is just not that remarkable, which makes these blog posts difficult to write!

Their candle of the month is a lovely hand crafted  Cinnamon Apple Candle, you should get one today!  Go check it out, we’ll be here when you get back, and your house will smell great too!

Fix the problem and move on

I recently ate breakfast with a few other local business types (one the head of the best event staffing company in Atlanta) and one of them presented an interesting problem.  He told the story of a former staff member who had made what seemed (to him)  to be an obvious mistake.  He seemed to think that this was caused by an inborn flaw that could never be fixed.  The dilemma, should he have gotten rid of the staffer or worked around the staffer?   The majority of people agreed with the inborn flaw theory, but that he should just work around the flaw.

Upon further thought,  in real world situations, there is no way to ever determine which one of us is right, and the best thing to do it just put the solution to the problem in a checklist or manual and move on.

How to fix problems with Clear Wireless internet service photo © 2010 Emilian Robert Vicol | more info (via: Wylio)
The Problem: You have have Clear Wireless internet service, as well as a wifi network, and you get periodic drops and random slowness.  You contact tech support, and they tell you to make sure that the wifi router and the Clear Wimax receiver are at least two feet apart.  That does make sense, since the two units are fighting for limited parts of the radio spectrum.  You move the two apart, but that does not fix the problem.

The Solution: Move the Clear Wimax unit twelve feet or more from the wifi router.    I did that and both my upload and download speed quadrupled!  It would have been nice for Clear to tell me that initially, but life is experimentation.

How to raise your social status

One surprising  claim in David Rock’s book was that evolution hardwired a desire for zero-sum status in our brains.  That is to say, I feel good when I am somehow superior to someone else.  There must be a winner and a loser.  I thought the status claim was a bit dubious.  I’ve never felt like someone is dramatically above or below me in some social pecking order.  If it never applied to me, how can it apply to anyone else?

Now, after reading and listening to an interview with Pete Michaud on niche marketing I’ve come to think the desire for status is  absolutely true; I’ve just defined myself into an obscure niche where I tower an order of magnitude over everyone else and will be forever king

The activities that A) I care about, and B) where I compare more or less directly with others are:

If you add all those up no one is even close to where I am now, or where I’ll be in the future.  There will always be people who make more money, and for that matter, code better and play music better, but how many of them can hold an informed conversation on the legacy of Eric Hoffer and the history of private currencies in America?  None I would imagine.

So how to raise your social status and self-esteem?  Just be specific and niche it down.

A wonderful time at Future Media, and Social Network Analysis

I had a wonderful time yesterday at the Startup Showcase at the Georgia Tech Future Media festival.    It was thought provoking on many, many levels.  One of the most insightful moments was when I realized that everyone referred to Stronico as “Social Network Analysis” in contrast to the term I use which is “Personal Network Visualization”.  Both of them mean the same thing, but majority does rule in popular terminology.

Exploring the long tail topics of my personal knowledge

One lesson I learned (not from anything specifically said, purely a deduction) from this excellent Mixergy interview with Brian Crane of LuckyGunner.com is to NOT weave  small thoughts into the big picture, but to instead let them be small thoughts. Apparently LuckyGunner.com succeeds by chasing the long tail.  Therefore I am going to keep the “How To Fix” and “Code Sample” series, but keep  the meta blogging about business and network theory to a minimum.

Now that I see all this written out I have the thought that I should finalize the public Stronico sites.  I had tentatively scheduled public sites for about six months from now, but perhaps they should be moved up.  The public sites would be public accessible, read only Stronico accounts,  viewable to all but only updatable by administrators, sort of the wikipedia of social network diagrams.  The first few would be based on either my particular local knowledge or publicly available knowledge.  The first few public sites would:

Should any of these sites get any amount of traffic they could be sponsored by an industry leader like Stomp and Stammer or the Metro Atlanta Chamber of Commerce.

I realize that this blog post is a poorly written answer to a question that no one asked, that’s most of the internet when you think about it

The Turner Rule in Marketing and Branding 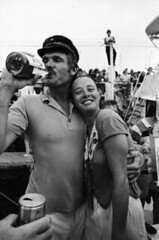 Over the years I have met many alumni of the Turner Empire (CNN/Turner Broadcasting/Turner Enterprises/WCW/TBS/Braves/Hawks, etc) and most of them have told me some version of the following story.

[Setup – In the early days of CNN and Turner Broadcasting Ted Turner would prowl his office building and drop in unannounced into random meetings.   One day he walked into a meeting where people were planning a cross-channel week-long special on dinosaurs] END_OF_DOCUMENT_TOKEN_TO_BE_REPLACED 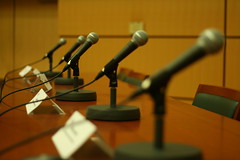 Last night I attended the StartUp Atlanta April event (on the web at StartUpAtlanta.org, @StartupAtlanta on Twitter) where 40 or so members of the Startup community mixed, mingled, and listened to 6 presentations by Atlanta Startups.  Mike Shinkel and Jenny Trautman (the organizers) focused this meetup on the Real Estate industry.

I did not see that many familiar faces and fewer people attended than than attended the March Meetup, but the specialization made the people who did attend more involved.  Georgia Tech was nice enough to loan out the Georgia Tech Research Institute facility auditorium.  I enjoyed meeting everyone and Mike Schinkel and his volunteers moved things along well.  It is impossible to overstate how important it is to keep these events running on time.  Daniel from Friendly Human recorded the event for video posterity.

And now, the contestants! We listened to the presentations, and voted via twitter for our favorites, here are mine, recorded here for posterity. I judge startups by the following criteria, on a scale of 1-10 (higher is better).

Note, I do not judge the passion of the founders, quality of marketing, execution etc. That’s too hard to judge based off of a short presentation. END_OF_DOCUMENT_TOKEN_TO_BE_REPLACED