Is an Ivy League education pointless for creative people? 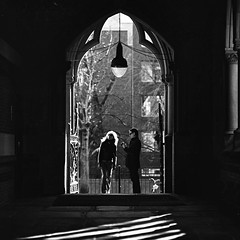 came across some of Richard Florida’s work online yesterday (Florida is the author of “The Creative Class” and the creator of the notion that creative people should self-segregate) and I began wondering: why do Ivy League institutions produce so few creative people?

When I hear an interview with someone who attended a “top-tier”, “elite”, or “Ivy League” university all the graduate ever seems to mention are the connections they obtained while attending the university.  Ivy League graduates also point out that there is no other place they could have made such connections.  The quality of the education goes unmentioned.  As I am creating a web startup based on connections, connection making institutions fascinate me, but I wonder about the educational value of these institutions.  The institutions select their graduates by exclusive criteria by an measure, but for fields that are not connection based (I am defining connection based fields as government, politics, American big business and the like) I can’t recall that many Ivy League graduates.

I’ve been trying to think of musicians, authors, comedians, software developers and bootstrapped entrepreneurs who attended elite American universities and I’m coming up with very few names.  Are these schools just self-selected connection factories?  Stressing connections over education may well be a more productive strategy for our networked society.  Do Ivy League universities spend much time on teaching the fundamentals of their degrees?  My brushes with Ivy League graduates in the business world (this is quite a small sample mind you) have generated the following observations:

Perhaps creative people don’t need college at all (my thought), or if they do, they don’t mention it anywhere near as much.  The status given to Ivy League institutions could just be a magnifier of that fact.

This entry was posted on Thursday, April 29th, 2010 at 1:00 pmand is filed under Biz, Misc, Networking, theory . You can follow any comments to this entry through the RSS 2.0 feed. You can leave a comment, or trackback from your own site.

2 responses to “Is an Ivy League education pointless for creative people?”